The Birth of Herman - The Hot Rod Hearse 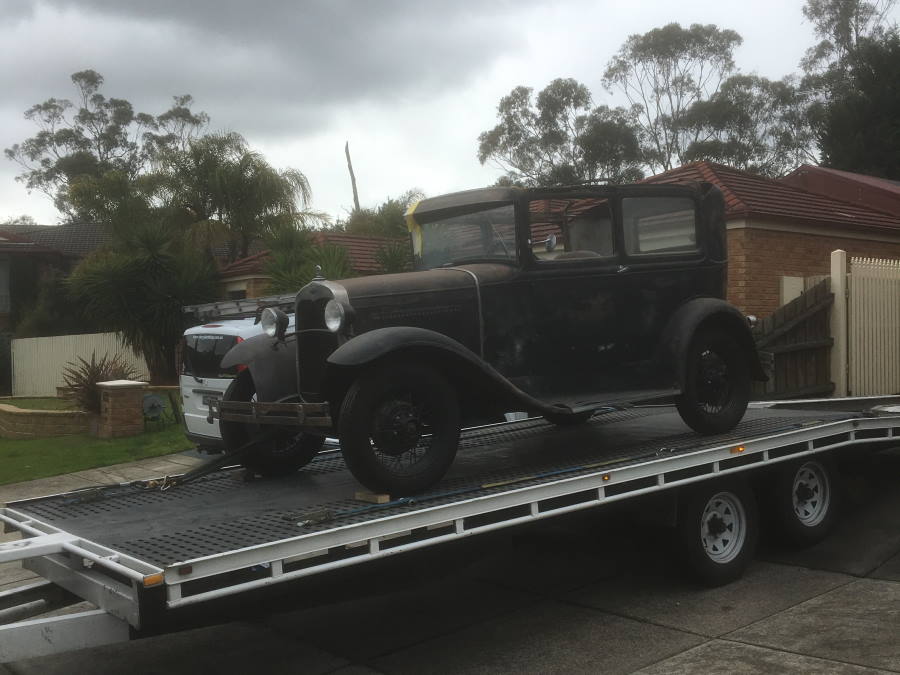 In mid-2018, we sat chatting one night and laughed as we recalled how much we loved the old TV show the Munsters.  And so, began our vision and dream of building a unique and fully functioning hot rod hearse.

We immediately briefed an engineer and found a reputable and willing builder, Deuce Customs in Bayswater, Victoria. 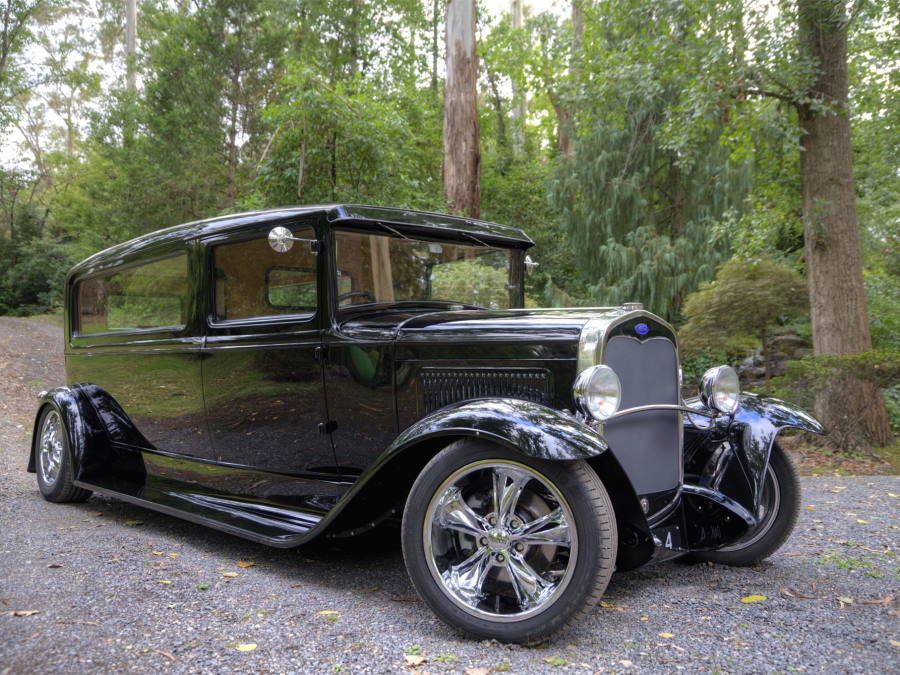 We decided the first step was to find a chassis and in September 2018, we sourced a Ford 1930 Model AA truck chassis.  The chassis was in excellent condition, and work commenced with boxing and strengthening, running gear was obtained and fitted and down the track, the chassis was painted in a gloss black finish.

The hunt began for a Ford 1931 Model A Tudor body, which was eventually purchased from Queensland.  Unfortunately, and disappointingly, after sandblasting, it was apparent that a few of the panels were unusable. This meant that some panels were custom made, and it was decided that we would maintain an all-steel frame and body.

A rear door was designed from the existing rear panel, with careful consideration of functionality for opening height and use.  Thought was also given to the rear cabin and the functionality and installation of the extensive stainless-steel roller and securing system for coffin transportation.

It was essential to include a storage compartment in the hearse, and our builder designed a large pull-out sliding drawer to fit the church trolley and other items required for a funeral service.

The necessary space underneath the rear cabin was required for the roller system, fuel tank, pull-out drawer, and other components.  It was fortunate that the result of the look of the cabin regarding the position of the coffin was perfect to the eye.

Many original parts have been used in the build, including the original 1931 fuel cap, which has pride of place on the bonnet, and a custom-made grill was constructed.

In keeping with the look of the 1931 Tudor, a single fibreglass roof panel was constructed and later covered using Mercedes soft top fabric. Electric cabin windows were installed, along with a reversing camera, radio, USB ports, and power outlet.

It was difficult selecting the upholstery style and color, but we finally decided on a more simple, classy look.  We love our final choice of a classic caramel toned color, with leather in the front cabin, but with a more practical vinyl in the rear. As you can see, our trimmer has done an amazing job!

On completion of the mechanical and electrical build, hours and hours of work began preparing the body for paint – this was a true labor of love for our builders as the result had to be perfect.  The hot rod was then painted in an original flat black clear on base.  We wanted that deep original looking black Henry Ford color of the day.

In December 2020, final touches were made to the hearse, along with a roadworthy, EPA noise test, weight check, and completion of the VASS certificate by the engineer.

Not only does the hearse look amazing, but it drives and handles well too!

The practicality and functionality of the various components is just right, and we are happy to say there isn’t much we would change.

We acknowledge and say a HUGE thanks to the many tradesmen who played a part in creating and supplying components for such an incredible vehicle.

In particular, the talented team at Deuce Customs, especially chief builder John (Duck), Darryl, and Tony – and of course, all the people they called on including auto electrician Andrew DiBenedetto, glazier Bruce Borlace, Rohde Smash Repairs for the fantastic paint job, Mark at Dynamic Trimming and engineer Jeff Watters for overseeing the build and assisting with the Vic Roads process.